Released in 1997, Preaching to the Perverted is quite often seen as the world’s first fetish feature film.

Seventeen years later the film has now been released on HD DVD and Blu-ray. Stuart Urban, the writer and director of the film, is currently making plans for a sequel.

Preaching’s Costume Designer, Chas Hines, took time out to talk to Mardi Gras about the film’s costumes and their design and development.

You visited fetish clubs as part of your research, but what else did you use as an inspiration for your costumes?

We did hit all the different fetish clubs just to have a look at how people dress, because at that time Torture Garden had this enormous group of people who always went to Torture Garden every month. There are various other clubs that had their followers too, so if you went to different clubs you encountered slightly different vibes based on rubber, army gear and leather.

When I really starting having a look at the costumes I realised that as far as leather and rubber went, it was mainly black, and there was this whole kind of riot grrrl, riot boy, kind of thing. We did use some of that in the film, which I tried to feminise for the girls a little bit. So Julie Graham’s character, we did versions of riot grrrl for her.

For our crowd scenes we just asked people to bring a variety of stuff that they would normally wear to fetish clubs. And we had a back up wardrobe of bits and pieces that we could dress all the extras in. But certainly for our main characters we stayed away from black apart from Christien. With Christien we made sure that we put things in like studs and white t-shirts, just because he was the only person pretty much wearing black throughout the film apart from when he is wearing his office clothes. We also wanted him to stand out a little bit from the crowd because he’s supposed to fit into the crowd, but he’s also a main character, so he needs to stand out. Christien’s always kind of juxtaposed on people who were wearing more colour or more texture.

What were the cast’s reactions to the costumes?

Christien had never ever worn anything like that so we tried not to put him into too much new stuff, because new stuff needs breaking in. And we wanted him to feel as comfortable as possible in what he was wearing. So although in the film he went and bought clothes from fetish shops, we didn’t put him in anything that was too new. I think one of his jackets, if I remember rightly, that he wore quite often was a rubber jacket because it was a lot more flexible than a leather jacket.

In the fetish scenes, the one person who was not in the fetish scene but was around it in the film was Roger Lloyd Pack. He was pretty good. He’d been given a leather coat by Paul Smith, so I think he actually wears that in the film. He did ask if he could wear that and it actually fitted in really well with his character.

What was the craziest costume that you made?

I don’t think we did anything too crazy, but from our point of view we’d been around fetish clubs socially, so we didn’t do anything too outrageous. I think when it came to Julie Graham we had fun with anything that was transparent or super short or super low cut. I just wanted almost a new transition between the outside world and the fetish world.

I think the very beginning scene with Tanya, she’s on stage and wearing this metal and latex outfit with the laser beam eyes. We absolutely loved commissioning that one and that was quite a chunk out of the budget, but definitely worth it for an opening scene.

And of course we had to depend very heavily on fetish makers to provide some costumes for us because we were quite severely restricted by budget. That didn’t mean that we couldn’t pull anything outrageous of the hat, but it was important that the film was not fantasy. It was important that there was a scene between the normal world and the fetish world so that the audience could make that transition between the two worlds.

We did channel Clockwork Orange with the bouncers that Tanya had so that was our little homage – the tiny penis t-shirts and the bowler hats and the army trousers the guys wore. The tiny penis t-shirts disappeared at the end. I think Stuart (Urban) got one. The rest disappeared. But then over the years, I’ve met people and they say, “I’ve got one!”

Would you want to go back and design some more costumes?

I would absolutely. The work is never completed! The deadline wrestles it out of your hands. We had worked so quickly. I do remember just being totally and utterly exhausted when the film was over, because we went to quite a few different locations. And then it was like setting the wardrobe bus up and linking us up to electricity and water and just having to be ready. And there were quite a lot of crowd scenes, loads of people to dress and it was just driving at four o’clock in the morning every morning and feeling very exhausted having got home at eleven o’clock at night. But it was just the greatest fun; the best crew I’ve ever worked with.

What were your thoughts on the film when it was finished and looking back on it now?

And also what’s really funny was after the film had been out for about four to five years, I was actually meeting my design partner Nikki for a dinner one night. I went into a pub in Primrose Hill and sat at a big empty table by myself. Suddenly all these people came in dressed up in fetish gear and they were talking about some club that they belonged to that they were really excited about. It turned out that the club’s main manifesto came from Preaching to the Perverted. So it was excitement all round because I had no idea that the costumes had just become this big underground thing and that people are out there dressed up as the characters!

Preaching to the Perverted is available to buy on HD DVD and Blu-ray from www.preachingtotheperv.com 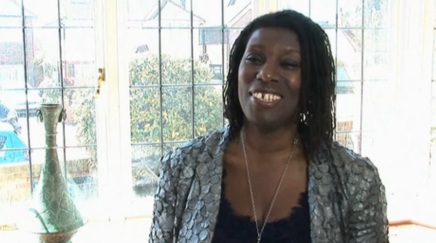 ‘Where did you find such a tall woman?’ 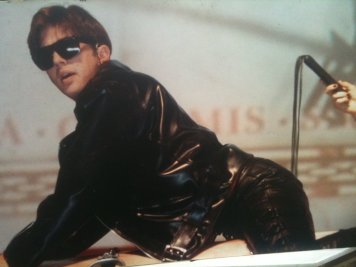 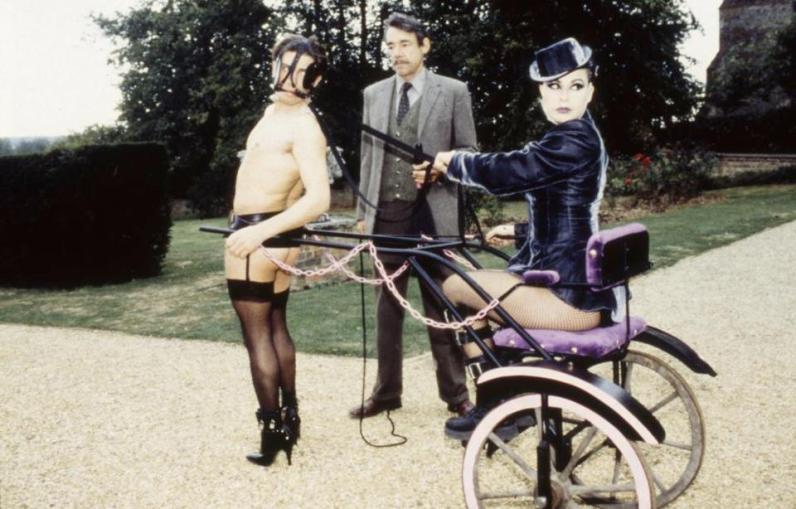